It’s been 70 years since the Piaggio Ape 50 made its way onto Italy’s streets. This week, the BBC paid homage to this fact by featuring the vehicle in its recent episode of Top Gear.

As Matt makes his way through the intertwining streets he notes the main benefits of the vehicle, such as being able to manoeuvre around narrow parts of the city and park almost anywhere due to its small size.

Matt also notes how the vehicle was originally loved for its ease and convenience in transporting items between Italian villages saying, “People still need to do that stuff, it still makes sense today.”

The is the Piaggio Ape. Also known as “a 70 year old car-thing…”Sundays at 8pm on BBC Two

Indeed, 70-years on and the uses for The Piaggio Ape in the UK and around the world, are continually expanding. The Ape can be custom-converted to suit all kinds of business needs. Popular uses include: mobile bars, coffee carts, street food vans and even as promotional vehicles for marketing campaigns.

The Ape Classic is stylish and versatile like the Ape 50, however has a higher load capacity at 650 kg. On the other hand, the Ape Calessino has its own personality with a drop-down roof and elegant passenger doors at the vehicle’s sides, making it a popular choice for the leisure and tourism industry.

The Ape 50 is also available as an all-electric power version which makes it ideal for locations such as city centres, where there are increasing zero-emissions zones being imposed. Locations located indoors such as airports and foyers, also benefit from there being no pollution from the vehicle.

Piaggio Commercial Vehicles UK provide a 2-year warranty with all its vehicles and can help customers choose a vehicle that’s right for their needs.

As the sole authorised distributor for Piaggio Commercial Vehicles spare parts, we can provide assistance to buyers both during and after purchase.

If you’re interested in a Piaggio Ape for your business, call us today for more information on 01482 878685. 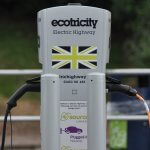 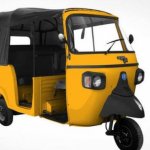